CERES is more idea than place; an idea planted on top of an old rubbish tip amidst birds, trees and gardens.  An idea built out of things that were thrown away.  An idea that there’s something half-remembered in the earth and air and water that we need to know again.

CERES is such a multifarious conglomeration of sites and projects that you could come up with a dozen different ways to explain it and still not really cover the whole gamut of what CERES is and does.

Cinnamon Evans, our CEO, puts it like this, “CERES is a place for people to fall in love with the earth….” and then leaves a space for folk to fill in the details of how that happens in their own part of CERES.

Each year we ask you, the people who own CERES, who feel passionately about your special part of CERES to keep the CERES we love thriving by giving to CERES’ Annual Appeal.

Whether you love the Brunswick East park, Joe’s Market Garden, your local school’s ResourceSmart program, Fair Food or anything else CERES does to make this world a better place you can donate to the CERES Annual Appeal here.

Monday 28th May 2018 4.30pm.  After 4 years of fund raising and fine-tuning our new website was finally launched.

And although there were minor issues with fonts and overlapping text during the intricate launch process thankfully no one was harmed and no orders were lost overboard.

As we refreshed our browsers and the old site was consigned to history the excitement amongst the Fair Food crew was feverish, but it was followed by an overwhelming feeling of gratitude and even a slight melancholy that this seemingly never-ending task was finally done.

So far and to our great joy and relief the new webshop is sailing across all platforms and browsers as well as we could have hoped for (I am touching a large piece of fair wood as I write these words).

And almost immediately as we logged on new lists of improvements and fixes were being written, once again reminding us, in e-commerce as in life, time never stands still. 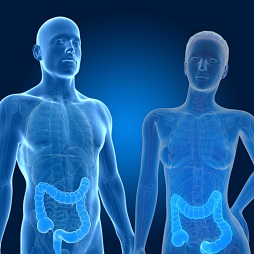 Thanks to everyone who got in touch during the week about changes to our Good Gut Box.  The majority of feedback supported the option with minimum waste and maximum affordability in mind that left space for people to add fruit or extra veg as they please.

So make welcome the new smaller, vegetables only Good Gut Box (which will also be at the smaller price of $44.50).   The new GGB is online now.

PS. We are closed next Queen’s Birthday Monday – we’re hoping all our farmers and makers also get some time off from harvesting, packing, cooking or baking or delivering.