Carolyn Suggate wants to buy a farm, well lots of farms actually and not just for herself she wants to buy farms with people who care about securing land to be farmed organically forever.  This week the Organic and Regenerative Investment Co-operative (ORI Coop), Carolyn co-founded is launching the prospectus for Lyndale Park, a 714 hectare organic grain and grazing property near Bendigo.

It’s the first farm in the first scheme of its kind in Australia, though Carolyn is no newbie to buying and selling farms. Growing up on her family’s South Gippsland dairy property Carolyn wanted to farm but was encouraged to pursue a career off the farm.  “My parents were very conservative and because I was a girl and also “smart” they thought it was best for me not take on the risk of taking on the farm.”

Instead Carolyn became an land agent facilitating sales of large scale Australian properties. “I was the number one agent in the area, but I became disillusioned seeing so many farms going overseas to corporate owners while young Australian farmers like myself couldn’t afford to get onto land”.

She says when she saw the co-operative model she just knew it was the right way to go.  It allowed regular people to not just purchase shares in an agri-business but to actually own farm land. “This part is very important,” Carolyn explains, “unlike investing in agriculture via a returns-driven super fund, a co-operative can own land and find farmers who are committed to issues like building  soil carbon and native re-vegetation.

The fund is also addressing two of Australian farming’s biggest underlying problems.  “Australia is at a crisis point for farm succession.”  In the past month Carolyn explains she has been approached by four certified organic farmers in their 70’s wanting to retire but worried how they are going to keep their farms in organic production once they’ve sold up.

“The second biggest issue farmers face is debt.  ORI Coop plans to buy farms through its members enabling new farmers to get onto land without being crushed under a mountain of debt.  Farmers are carefully matched to farming enterprises and pay a manageable lease which becomes the return for investors. “The nice thing,” Carolyn adds, “is that members can also buy the products their farm produces.” 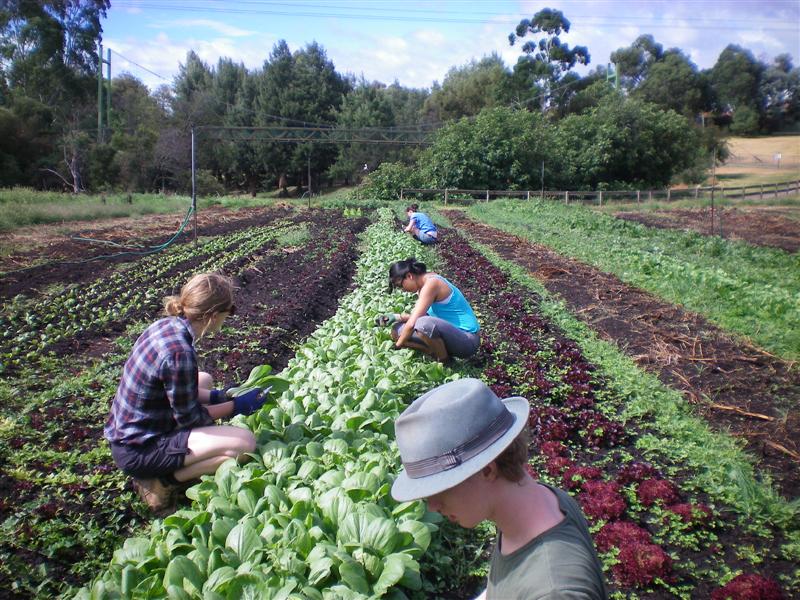 Starting back in 2010 CERES’ Complete Urban Farmer course was inspired by the legendary Apprenticeship in Ecological Horticulture at University of California Santa Cruz (where else?).  It was also a way for people who’d done a permaculture design certificate to put practical skills to all the ideas they’d been learning about in the classroom.

The Complete Urban Farmer Course was all of CERES’ most popular hands-on farming workshops brought together in one coherent block.  First run in 2010 each year it gets more and more popular; there were six CUF courses in 2017. And now there’s even a book.

The latest Complete Urban Farmer Course starts in early September – perfect timing for spring gardening.  So if this is the year you want to get your own backyard farm happening, come and join can-do horticulturist and author, Justin Calverley, as he combines 14 get-dirty sessions of urban farming including, beekeeping, propagating, chookcare, seed saving, tree pruning — the list goes on!!